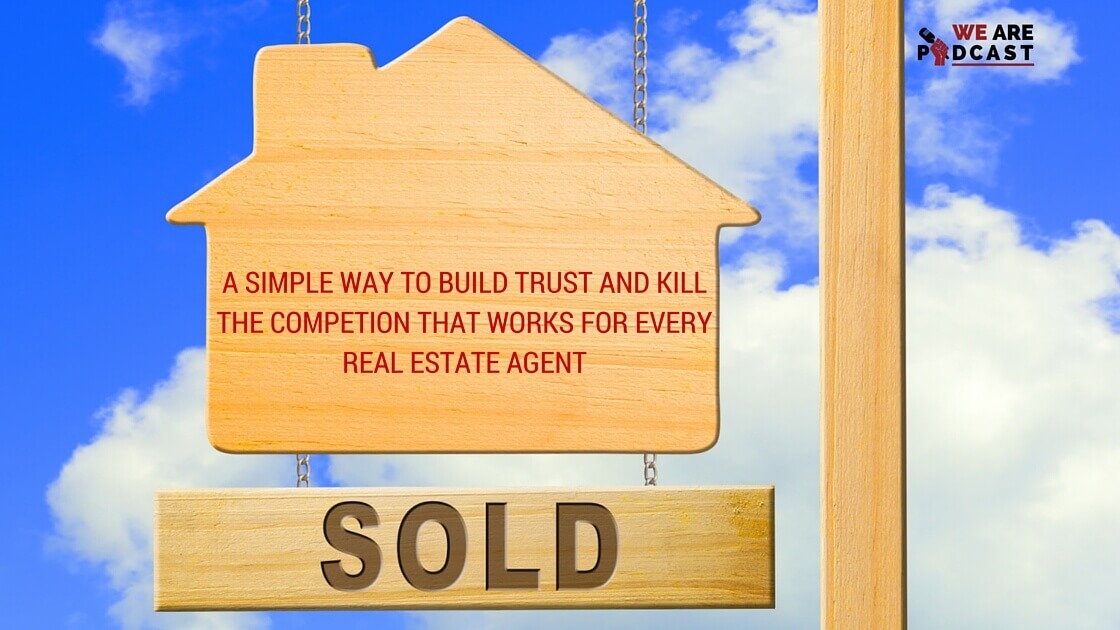 “The world as we have created it is a process of our thinking. It cannot be changed without changing our thinking.” – Albert Einstein

As an entrepreneur I love stories and I particularly enjoy identifying different types of stories. From ones we tell ourselves to keep us in our comfort zones, to ones that we can go back to and remember how strong and resilient we really are.

I was at a networking lunch a few months ago and I landed up sitting next to a real estate agent who has been in the industry for the last 23 years. As always, I decided to ask the questions and listen to the story – even though I love talking about myself 🙂

I am not the kinda guy who wears a suit, but on this occasion I was wearing one because the location dictated it. And, I was noticeably uncomfortable. The lunch began at the bar and I walked up to this older looking gentleman who was wearing a sharp grey suit, with a striking blue tie and cufflinks. I introduced myself and stretched out my hand. He responded with a firm handshake, making eye contact and said, “Jack. Nice to meet you.“

Jack Brown (not his real name) told me about his business and how he was part owner in a real estate agency that goes back three generations. His business specialised in selling houses more than any other real estate function. He told me that he could afford to come to this event because his two sons, also real estate agents, have taken over most parts of the business.

I responded by telling him how much my father would have loved for me to have taken over the family business. But before I went to far through my story, I decided that I should learn more about him. So I asked him, “Jack, how is business“? This wouldn’t be the first time I asked him the same question.

The story about tradition

Jack told me how his grandfather started this real estate business in the early 1900s, and how it was passed down from generation to generation. He also spoke about values. In fact, he spoke about values a lot. He told me that the business was built on trust and how at the time they were one of three agents to choose from. He told me that he would go out of their way to make sure his clients were happy. At this point I interrupted him and asked “How did you do that Jack? How did you make sure they were happy?” – Since starting my podcast, I realised that I’ve become a nosy little prick.

He told me that he would talk with them a lot and that he would ask them about their dreams and why they really wanted to sell the house. He would find out what made them happy and went out of his way to make sure they were. Because he knew a lot of the local businesses, he would make sure that the new owners had a list of phone numbers from local plumbing to restaurants. A month after selling the property, he would then take his clients out to dinner and celebrate the sale. “They never forgot me. Some of my clients still call me today.“

I had a sense from Jack’s tone that something changed since then. So I asked, “You’ve been around the block for so many years now Jack, with so much experience in the field. What has changed? Today, how is business”? Just then, the waiter put the entrees in front of us.

“How is business really“?

We had been talking for about half an hour and we had just started our entrees. I didn’t probe further for a couple of reasons. I was hungry and I knew that the last question I had asked was a bit touchy. Considering that I had asked him the very same question when we first started our chat. I thought that if he didn’t answer, I would let it go.

But after a couple of bites and what seemed like an eternity, Jack said, “It isn’t the same anymore Ronsley. Things are so different.” I didn’t say anything and let him finish. “Real estate agents are not trusted anymore. We seem to have become the car salesmen of our time. People shop around so much and they can do it because every suburb now has at least ten agents in the area. That is not the worst problem right now. After all of that Ronsley, both the buyer and the seller are remorseful after the transaction. We, most often turn out to be the enemy. And, I don’t know why that is.”

That was tough for Jack to admit. I could see how uncomfortable it made him. So, I tried to lighten the moment by commenting about how at least they were still not as bad as car salesmen. While I finished the last of my entree, I was thinking to myself that his real estate business was facing 3 main problems. The lack of trust between the people involved to begin with. The increased competition which made every real estate agent the same. And, the perceived perspective that both the buyer and the seller were worse off after the deal. Geez – tough gig!

As we sat there with our entree plates cleared, I asked Jack the only obvious question that I always ask, “Why don’t you do it differently Jack?” What do you mean he asked me.

I responded, “Reinvent the business. If you know what the biggest problems you have are, then you know that all other agents are going through the same issues. Change the business model, do things differently from everyone else, and lead the change. Someone is going to do it Jack, it might as well be you.”

Somehow it seemed like I made Jack uncomfortable again. I let that hang there while the waiter put our main course in front of us. I couldn’t help but love my sense of timing. Jack didn’t even start eating before he responded, “But, we have always done things this way Ronsley. We have been doing things this way for 3 generations. Now 4. My grandfathers’ legacy is what our business is built on. And, we still get paid well. Business is still doing ok. The numbers add up. Even if I were to consider it, how could I change it?”

I quickly took as many bites of my main course because I could see me not getting a chance to finish it with the question that was just put in front of me.

I quickly finished what I stuffed into my mouth, took a sip of my wine, pulled out my phone for a bit of research. I found this on realestate.com.au – “There are many ways to advertise your property. While it’s important to get the right advertising mix, 86% of potential buyers use online as their main tool to search for property, so when selling, online is a very important part of your advertising schedule. With more than 3 million people visiting our main site, mobile site and apps each month, Australia lives at realestate.com.au.“

With this kind of information in hand, I proceeded to make my argument. I said, “Jack you know that if 86% of potential buyers currently use online as their main tool to search for property, you already know the platform you should target. You should be on people’s mobile phones, because it is the first and last screen they look at everyday. This could be done through video, audio or the written word.” I could see Jack stop eating and lean towards me.

I continued, “While video and the written word is good, the best way to build trust is for people to listen to you. Your voice. You can’t bullshit your true intentions when you talk through a microphone. And, after talking to you for over an hour now, I know your true intentions. If it was all about the money, you wouldn’t have mentioned the trust and the remorse. Why don’t you give your potential clients the opportunity to listen to you.” Jack nodded, took the last bite of his food and said, “but, what would I talk about? Would it me talking about why we are different?”

I took the brief opportunity to get a couple of morsels of my fish into my mouth before I responded. “You talk to them about the things they really want to know about Jack. You can interview the local plumbers and talk to them about what a new owner should look for when they inspect a house. You can talk to other home owners about what they would like when they move into a new home. You can talk to renovation experts and ask them what kinds of modifications would get home owners the most bang for their buck. You can even interview random sellers that have had a bad real estate experience and ask them to tell their story, so that you can highlight the things that other sellers should look out for.

There is no limit about the kind of conversations you can have Jack. If someone is looking to sell or buy their homes, the idea is that you become the most trusted resource around. By doing this, you have already differentiated yourself from your competitors. And while there still might be remorse, you are reducing that drastically by freely talking about topics no one is willing to talk about. Think about it.” I had to quickly finish what was on my plate because I was the last one eating. Jack responded, “Something to think about Ronsley.”

I noticed a sense of aloofness from Jack and it seemed like he wanted to move onto other topics, so I ended the conversation by saying “Can you remember the time when you wished you did something but passed on the opportunity?”

Get the 10 part FREE e-course on podcasting