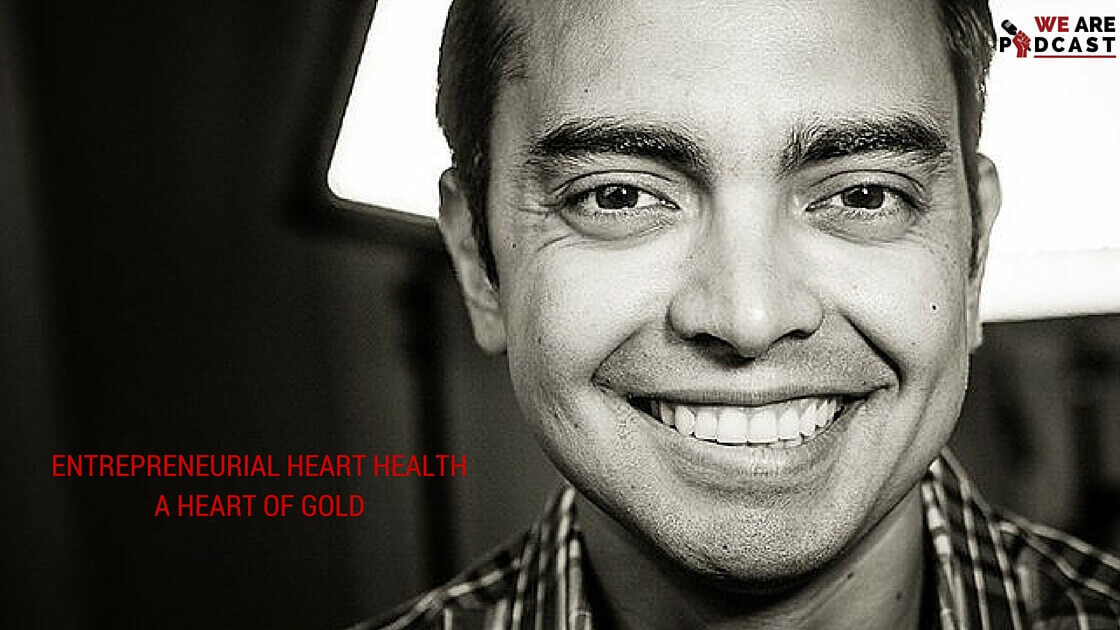 (As heard on Episode 68 of the Bond Appétit Podcast with Master Chef, Ronsley Vaz)

In today’s world of sharing and collaboration we find that the more we give, the more we get. Pat Flynn, serial entrepreneur, online mastermind, and inspirational business podcast host has mastered the art of providing service to himself and others.  His business reflects that of a man that has his priorities arranged around being able to spend his entire day with his family, while still generating over six-figures in passive income.

How family is the centre to all things

But being a family man isn’t all that Pat’s got going for him in the family-sector.  While many professionals do what they do to provide economically for their families, Pat differs in one key area: he works to be with his family, not to provide for them.  Undoubtedly, his success helps feed his wife and two young children, but Pat’s shining character and personality allows him to spend a majority of his day up to 8:30 at night (when his children go to bed) with his family.  For those of you who can’t imagine this, that’s breakfast, lunch, and dinner all with his wife and two kids.  Pat spends the rest of his evening making decisions that allow others to live the life they wish to lead.  He does this by inspiring others, teaching them, and personally reaching out to listeners and visitors to his website.

Perhaps what is most fascinating about Pat is the thin screen of vulnerability that separates the real Pat, from the Pat Flynn that we know online.  For example: what started out as a little one-month experiment back in October of 2008, has turned into a now monthly ritual.  For one month, Pat—being the sincere man that he is—chose to release his monthly income earnings to the visitors of his website.  What he thought would be a one-month experiment turned into a massively successful campaign in authenticity, in which his viewers praised him for the inspiration that he gave and the level of transparency that he provided to his listeners.  In this report he documented the wins, the losses, the stumbles, and all the expenses of one month in the life of Pat Flynn’s businesses. The key ingredient in Pat’s likability is this same transparency, which becomes apparent after listening to him for about ten minutes.

The focus on food

Integral to Pat’s success as a father, an energetic entrepreneur and clear-headed consultant is one not-so-obvious secret—which he spoke about on Australian elite chef Ronsley Vaz’s iTunes top-rated podcast, Bond Appétit.

After the birth of his first child, Pat underwent a massive health transformation. He began working out daily, cleaning up his diet and began noticing extreme results in terms of his output at work.  Aside from picking up the numbers, increases in his daily productivity, he also noticed that he was more present for those that he loved.  Pat’s profound take on health, diet, and exercise is that for every hour he puts into his body, he gets at least one more later on in the day.

The Bond Appétit Podcast is centred on the uniting themes between the relationship bonds between good food and good friends.  On the show (Episode 68), Pat spoke about his belief in how exercise and nutrition could play a role in his output capacity for making a difference in his role as an entrepreneur. “I just started to notice that I felt like for every hour I dedicated to exercise I would get back, and then some, in terms of the focus and my energy levels.  I was sleeping much deeper, and I was more energised when I woke up, and my mood started to improve.  That was when I saw those results come in that I understood that food was a major part of it.”

He also spoke on the reasons that keep him on track and motivated to stick to this lifestyle.  Many busy entrepreneurs and professionals struggle with maintaining a healthy diet and fitting time into busy schedules to exercise.  Pat has a different approach to tackling these common challenges.  He told Ronsley: “I just consciously make it a priority.  To me it’s the most important thing.  To me, without that fuel, I just can’t run.  I can’t live the way I want to live.”  Thanks to some scientific findings, Pat was able to take on a new diet that lowered his hydrochloric acid intake and made him more capable of carrying out the high-energy yields required of being a serial entrepreneur.

What separates Pat from the rest

While Pat’s duties in the kitchen and in the gym help him to craft his heart of gold, he also has been influential in replicating his results in his company.  He has recently decided to dive into the world of software development, where he has produced a new beta product that helps podcasters play podcasts on their Word Press sites.  Ventures like these help Pat to add value to spaces that he currently inhabits.  He believes in using his needs to build new products that others in similar spaces can utilize as well.  This approach has led him to over delivering on numerous occasions.

The really cool thing about Pat is not his money or his success; it’s his genuine empathy for helping do his part to bring positive connection and strong messages into the world.

What really speaks to me about Pat Flynn is that he uses his life as an example to help guide and inspire others.  On last week’s show, with Ronsley, he commented on the salesman-like attitude of so many coaches, consultants, and others in the information-selling sphere today.  He says: “I choose to build relationships first and to serve and I know it’s always going to come back and serve me in the long run.”

You can find Chet on Facebook, or drop him a note at experiencingexcellence@gmail.com

Like this article?  Send him an email and let him know what you think.